Hello Again everyone! We hope you been having a fantastic 2020 so far along with keeping up with your new year resolutions!

With another month passing and with that progress in development and new team members joining team! We have a lot of stuff to showcase this month with the hardwork from our team!

The Desert City Known as Temple of Shurah! 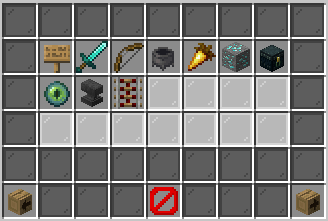 ● We have a new combat system coming from click combos to 1 button Skill use This will make it that a skill only require 1 button press for more fluid combat.

● The website got an update with a new punishment page under the ban tab. A live map is under development currently!

● Guild Hall Plugin is under development but so far, Guilds can create their own preloaded Hall where their guild members will live outside the open world environment. More detail about this in our next update post!

● We’re currently recruiting for all positions. If you are interested in joining the drakyo team, you can apply in the Support Center secition in the forums and make sure to join our discord! Our Discord.